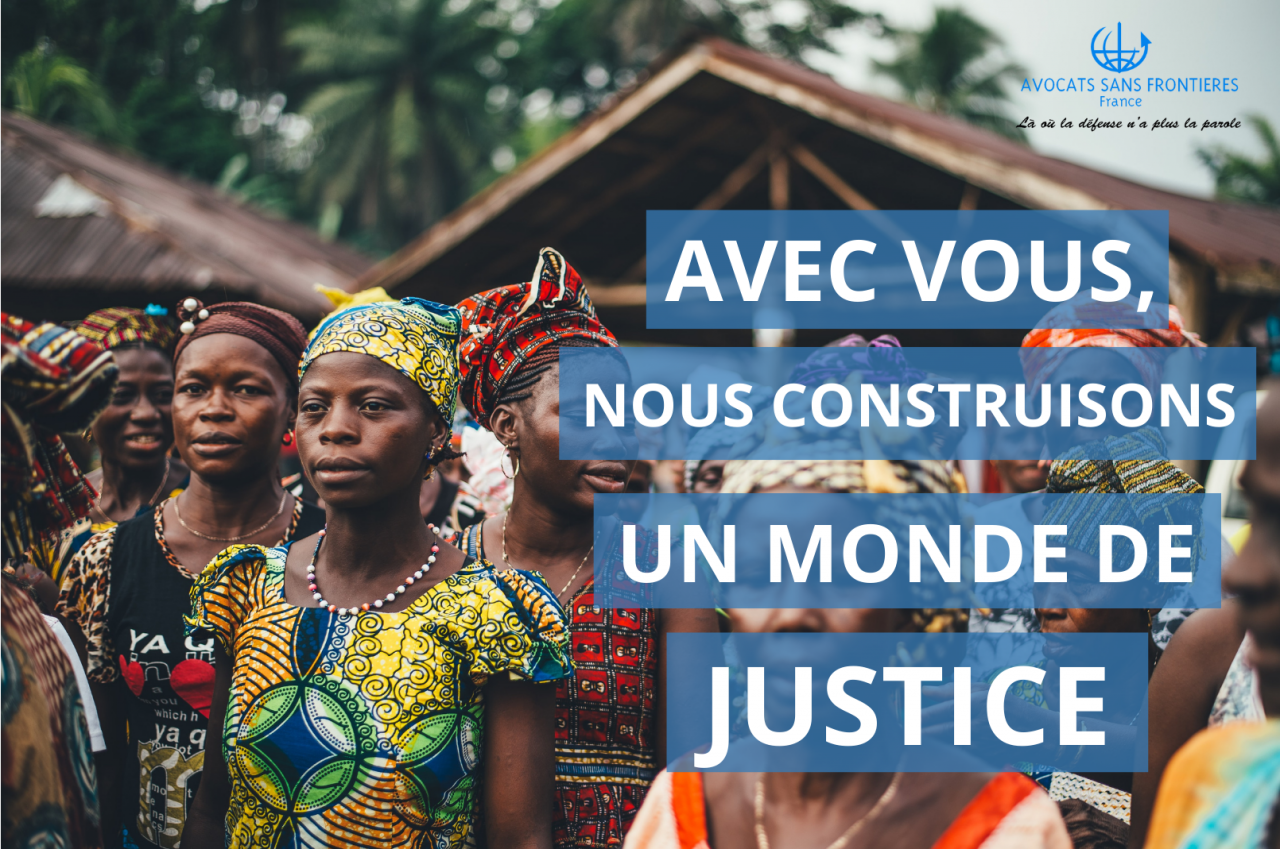 Created in 1998, Avocats Sans Frontières France (ASF France) is an international solidarity association that contributes to the respect of fundamental rights throughout the world, wherever it is useful and necessary.

We provide pro bono defense for anyone whose fundamental rights are threatened and who does not have a free and independent lawyer.

We take action all over the world, whenever it is necessary to support the rule of law, the judicial institution or the right to a fair trial.

We defend all persons whose fundamental rights are threatened and who are deprived of a free and independent defense, as well as human rights defenders who are threatened because of their commitment or their profession.

Our mission is always to strengthen the capacities of local justice and legal actors. To this end, ASF France provides them with initial and ongoing training adapted to their specific needs and difficulties.